We believe that every child has a right to education and a decent living.

WAYANAD GIRIJANASEVA TRUST was a result of 3 extraordinary people’s hard work, dedication and benevolence towards the tribal families (adivasis) and their lives

Mr. Baburaj and Mr. Rajeev reached Wayanad to take up jobs in their relevant careers and they happened to meet few adivasis who came to town to shop for groceries. They were taken aback by what they heard and saw about the tribal lives. To know more, they forayed deep into the forests to reach the tribal villages and spent days and weeks with them to understand their concerns, distress, anxiety and ailments. The tribes penury, lack of awareness about the outside world, illiteracy, lack of social security and of all their struggle to survive this world from day to day was shocking and beyond words. 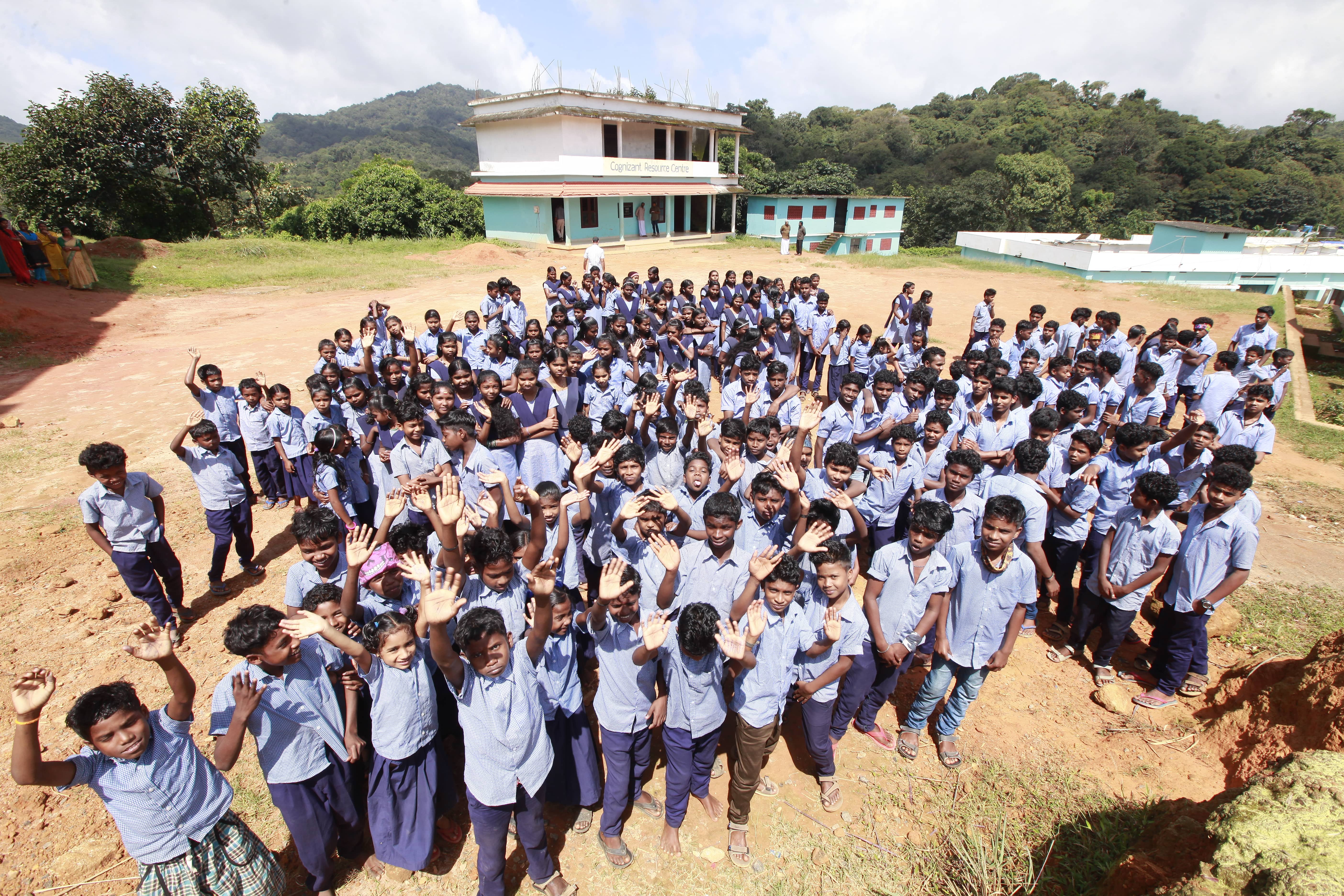 Men falling prey to alcohol, women being sexually abused and exploited by the immigrants who came from other parts of kerala, increasing number of unwed mothers, children having to drop out of schools to be bread winners … were few amongst the many issues the tribes faced daily.

They were being exploited by the government officials, non-tribal men and the land encroachers.

They lost their land and women. And they became a minority in their own land.

Babu and Rajeev saw the plight of the adivasi families and one of the most difficult conundrums of the duo were the children. The children lacked education and they had to take up the responsibilities of bringing income to the family at a very young age. Lack of education led them to take up labour work and they were exploited by their masters in every manner.

So, babu and Rajeev joined hands with a retired teacher Mr. Raman Master to form Wayanad Girijanaseva Trust to bring education to the children. Realizing that illiteracy was the many cause of the tribes predicament, the trio decided to set up a school and start from basics. Babu and Rajeev resigned from their respective jobs and took it as a mission to uplift the tribal lives and show them new light and dreams.

WAYANAD GIRIJANASEVA TRUST was formed in 2002 and since then the trio were full-time activists of this philanthropic project.

As a prime step towards achieving the goal the Trust started one Residential School named Vivekananda Residential Tribal Vidyalaya in the same year with 42 students in a thatched shed and later it was accredited with National Institute of Open Schooling of (H.R.D. Ministry, Govt. India). Simultaneously job oriented training in Tailoring and embroidery, Bamboo Crafting and computers were also imparted to the students without disturbing the normal academic classes.

The team started a full-fledged program for the adults too

These helped create opportunities for their future. Education helped alleviate their financial difficulties and led them to find a substantial income to rear a family.

Though the efforts were being made, the Trust always faced difficulties to meet ends as they didn’t have sufficient resources or support system to sustain the growing number of children and their needs. Despite the fact that they lacked capital, they continued their efforts in raising funds and reaching out to other NGO’s for help. As a result, many NGOS like Paadhai, Care Foundation and Ramakrishna Mission came forward to extend a helping hand towards the children. They helped set up an infrastructure by joining hands with other foundations.

Now the school has a head count of approximately 250 students with more coming every year...

Members of the Executive Committee:

Help us so we can help others